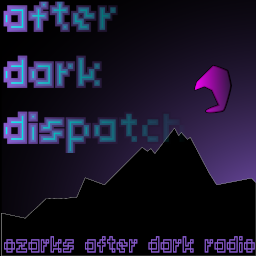 In this inaugural episode of the After Dark Dispatch, we discussed a company called Compology and their ridiculous quest to "reduce carbon emissions" by installing surveillance cameras in the dumpsters of several major corporations, which supposedly enables these companies to monitor their garbage dumpsters and recycling bins for fullness and improperly sorted items. No mention was made of how much carbon it takes to manufacture and deploy this garbage surveillance.

Source: ["Here's why some McDonald's restaurants are putting cameras in their dumpsters" ]

Then we listened to Silicon Slave - Offended [CC BY 4.0]

We then discussed the fact that Experian has been busted sloppily leaking Americans' credit data over the Web via their application programming interface, making every American's credit score (and more!) available to anyone with a scrap of easily-obtained data and the ability to make API calls (read: any script kiddie). Date of birth? Straight zeros will work! No word on whether API calls were rate-limited or not. I'll put my money on a big, fat "HELL NO".

Then we went into a rather lengthy review of a rather disturbing but unsurprising article detailing a ridiculous oversight (?) on the part of Google in its implementation of the Google Apple Exposure Notification system which results in all sorts of data leakage regarding SARS-CoV-2 infection status, location, etc. via writes to system logs to which none of this information should EVER be written. But then, that's what you get when you're stupid enough to install any of this garbage on any of your devices.

With that out of the way, it was time for more jams. Up next was Jbraham Lincoln - Microagression [CC BY 4.0], 'cause it's super kewl to be #woke, or some shit. You better watch your microagressions, br0!

We topped it all off by officially saying good fuckin' riddance to winter with Extra Celestial Transmission - Snowblind [CC BY 4.0].

That's it for episode 1! Get ready for more, 'cause it's coming!

Special thanks to everyone in Gitmo nation for being super amazing people, and for being a part of the Internet that I came up knowing: irreverent, fun, open-minded, and so many other great things.

Also special thanks to Basilisk at Ektoplazm for providing high-quality Creative Commons licensed psychedelic music as well as all the artists whose music appears in this episode.

If you got value from this podcast and wish to send value in return, we're both in luck! No contribution is too big or too small! See the value for value page for information on how to support the show. This show is Podcasting 2.0 compliant, and you can stream sats in any forward-leaning podcatcher app.