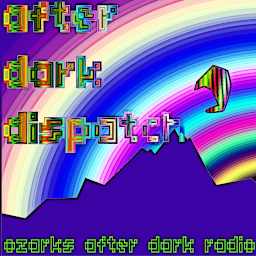 Hay HAY hayyyyy! We made it to episode 2!

Ratchet's garden giant mushroom patch is taking off, but the local slug/snail population is trying to feast on all that hard work! Mass murder is on the menu! Then a copper barrier will be installed to keep them out. Anyone interested in growing their own can grab mycelium syringes from the same source: The Cultured Mushroom!

Checking our privilege (I know it's got to be around here somewhere, I just had it!), we moved on to John Oliver and a delegation who heavily (and dubiously) imply that they represent "black people" so that we could educate ourselves as to just exactly how "white people" (...do "white adjacents" count as well?) should research any questions they may have about "black hair". To clarify, apparently "black hair" in this context means the hair of "black" people, not hair that is black. Sheesh. ANYWAY, tl;dr AND spoiler alert: the answer is simple. Google it or fuck off! Very unifying. A+!

Pulse rate and blood pressure soaring, we dialed things down a notch with Mindex - Weasel [CC BY 4.0]. The title of the track and the fact that it followed John Oliver's ridiculous bullshit are entirely coincidental ;) .

Then it was time to opine about the ongoing fake UFO disclosure bullshit the US Navy keeps pushing. What's really going on? It's likely something along the lines of John C. Dvorak's assertion that it's all related to some advanced spoofing techniques. It's almost definitely NOT what many of us want to believe.

We capped it all off with a couple uptempo psytrance tracks: Fuzulu - Morphic Resonance [CC BY 4.0] and MinDelve - We Wouldn't Par-tay With You [CC BY 4.0]

Special thanks again to Basilisk at Ektoplazm for providing high-quality Creative Commons licensed psychedelic music as well as all the artists whose music appears in this episode.