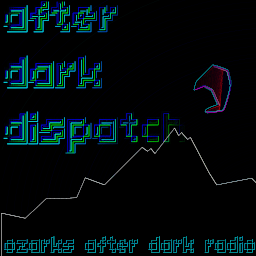 Some fancy pants lawyer types at Harvard want to something something legal something psychedelic therapy something....JUST FUCKING LEGALIZE EVERYTHING ALREADY! #fuckthisnoise

European "authorities" are busting shitloads of gullible dummy drug dealers after having taken control of a server belonging to an apparently popular "secure phone" provider, and pushing a malicious update which allowed them to intercept "encrypted" messages, sniff out local wifi networks to aid in geolocation, etc. Is it what is seems? FBI have done something similar stateside but the story is a bit different. Hmmm...

There's been a new study published which shows that administering a single dose of psilocybin induces new connections between neurons, and Tennessee finally pretends to want to try to think about maybe considering getting its FUCKING act to together and maybe NOT being the last state in the union to legalize other-than-hemp Cannabis. I called the devil and he said even if he wanted a freezer they're waaaay backordered so it's doubtful Tennessee will give a flying shit what its people think any time soon. BUT in the mean time if you keep your travelin' stash under 14 grams, TBI won't test it so SHUT YO MOUTH AND DON'T SAY SHIT and you're golden. <3

Amazon gets waiver from FCC to monitor sleep with a radar sensor [archived .pdf]